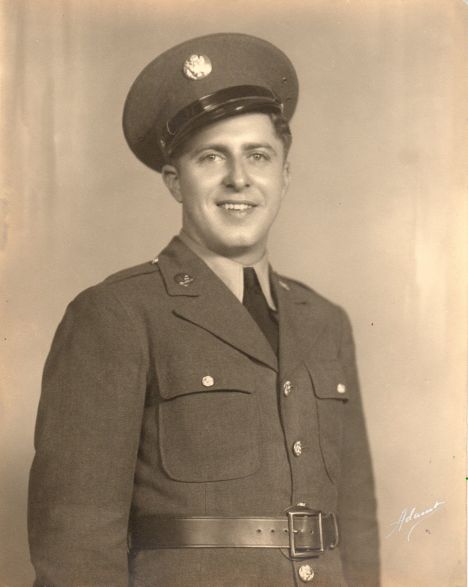 Camille E. Pelland was born on January 27, 1918. He was raised on a farm in St. Helen in Quebec, Canada. In August 1927, his family sold the farm moved to Linwood, Massachusetts (also known as Uxbridge, MA), which was where his mother had been born and raised. Camille was bi-lingual in both English and French and the ability to interpret was a valuable skill throughout his time in the service.

Camille registered for the draft under the peace time draft law of 1940. He was inducted into the army in October 1941 for one year of compulsory training. His time was extended to 18 months because shortly after he was inducted they decided to exempt the males who were 28 and older and extend the younger males service time. Pearl Harbor happened on December 7, 1941 and he then served 4 years until officially discharged in October 1945.

In his own words in a letter he once wrote:
“I served for 4 years in a combat Infantry Division, “The 9th Division”. We were in the invasion of North Africa, through the African Campaign, later into Sicily. Afterwards to England for six months of training for the Normandy Invasion. Landed in Normandy on D+4. From there to France, Belgium and finally Germany. Returned to the US in September 1945, and got discharged from service in Oct. 1945“.

Camille returned to Linwood as a civilian where he married Norma Dohlus in 1946. They were blessed with 1 daughter, 2 sons and 3 lovely grandchildren. His son Paul served as a medic in an Army hospital in Sagami Ono, Japan, where almost all patients were wounded during the Vietnam War. Camille’s grandson Jeffrey currently works in the Coast Guard as the Officer in Charge at Small Boat Station Houston, TX.

At some point in Europe, Camille purchased a camera. He took some great photographs at various places, some of which can be seen here: 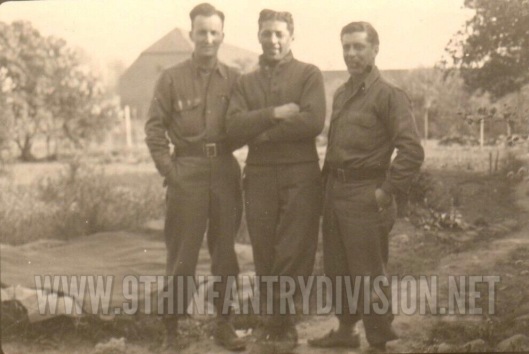 Camille Pelland (with the pipe) and buddies.

Two buddies of Camille at the Dragon Teeth of the Siegfried Line near Roetgen, Germany in September 1944.

Camille was friendly with a general who wanted him to drive the jeep up to Berchtesgarden because he spoke French. This was a great opportunity for him to take a few pictures at Hitler’s former home!

Camille with two buddies at the Eagles Nest, Berchtesgaden. 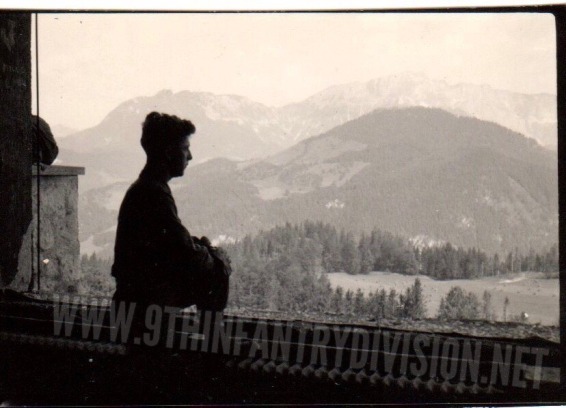 At the famous window of the Eagles Nest, at Berchtesgarden

At the famous window of the Eagles Nest, at Berchtesgarden 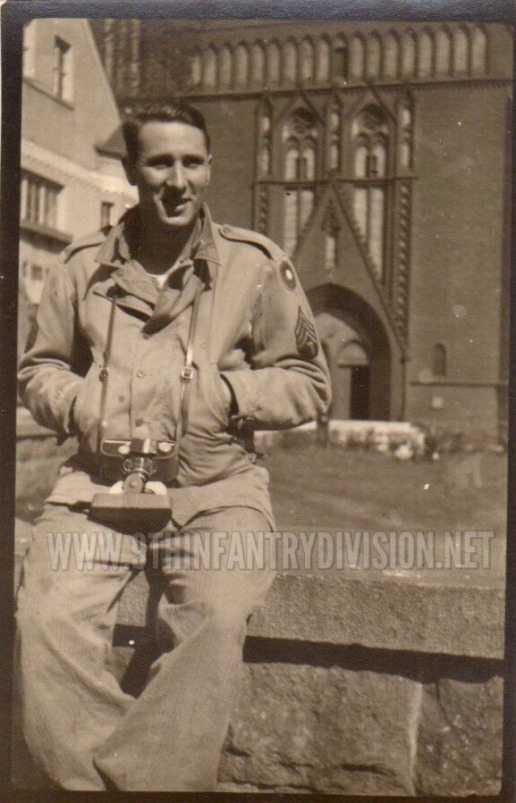 The men loved this puppy!

Camille Pelland passed away on May 16, 1993 in Grafton, MA. and will never be forgotten. Thank you to Camille’s family for sharing these amazing pictures so I was  able to share his story.