Fort Bragg is a major United States Army installation Base in Cumberland and Hoke counties, North Carolina, situated mostly in Fayetteville but also partly in the town of Spring Lake. It covers over 251 square miles (650km2) in four counties. Camp Bragg was established in 1918 as an Artillery training ground. The aim was for six Artillery Brigades to be stationed there and $6,000,000 was spent on the land and cantonment. There was an airfield on the camp used by aircraft and balloons for Artillery spotters which was named Pope Field on April 1st, 1919, in honor of First Lieutenant H. Pope, an airman who was killed while flying nearby. The work on the camp was finished on November 1st, 1919. It was named to honor the native North Carolinian, General Braxton Bragg, who commanded Confederate States Army forces in the Civil War.

The Artillery men, their equipment and material from Camp McCellan, Alabama were moved over to Fort Bragg and testing began on long range weapons that were a product of the war. The six Artillery Brigades were reduced to two containments and a garrison was to be built for Army troops as well as a National Guard training center. In early 1921 two Field Artillery units, the 13th and 17th Field Artillery Brigades began training at Camp Bragg. 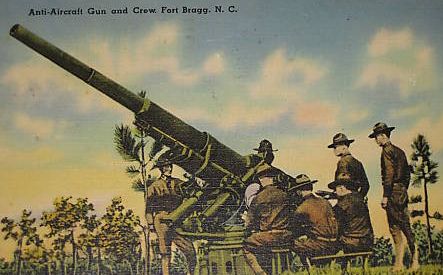 Due to the post war cutbacks the camp was nearly closed for good when the War department issued orders to close the camp on August 7, 1921. General Albert J. Bowley was commander at the camp and after much campaigning, and getting the Secretary of War to visit the camp, the closing order was cancelled on September 16, 1921. The Field Artillery Board was transferred to Fort Bragg on February 1, 1922. Camp Bragg was renamed Fort Bragg to signify becoming a permanent Army post on September 30th, 1922. From 1923 to 1924 permanent structures were constructed on Fort Bragg, including four barracks which still stand today. By 1940 the population of Fort Bragg had reached 5,400; However, in the following year that number ballooned at 67,000. Various units trained at Fort Bragg during World War II, including the 9th Infantry Division and various Field Artillery groups.  The population reached a peak of 159,000 during the war years. 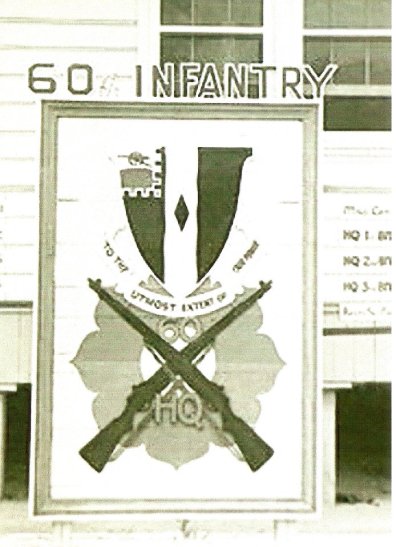 Fort Bragg is still in use today, mainly occupied by Airborne and Special Forces.