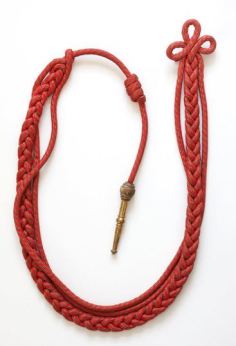 The Belgian Fourragère of 1940 was created by Prince Charles of Belgium, Regent of the Kingdom, to honor certain military formations that distinguished themselves during the Second World War. It consists of three cords terminated by a knot and a metal tag, and is braided in red and green; the colors of the Belgian Croix de guerre of 1940. The Fourragère is in cotton for non-commissioned officers and soldiers and in silk for officers.

Operating under the command of the VII U.S. Army Corps, the 9th Infantry Division and attached units, crossed the Belgian border and during the period from 3 to 13 September 1944, defeated the German Army in a decisive manner, in the sector of Florennes – Namur – Dinant – Givet, liberating all the Belgian territory included in this zone. During that time also, the passage of the Meuse was forced at Dinant and they advanced on the Huy – Theux axis. The division and attached units then pushed back the enemy beyond the German border to within the Siegfried fortifications.

Cited in the order of the day of the Belgian Army, under Decree No. 1391
2nd November 1945, by Charles, Prince of Belgium, Regent of the Kingdom.

“From 2 December 1944 to 26 January 1945, in the course of the German offensive in the Ardennes, the 9th Infantry Division and attached units, received the mission to defend the north flank of the counteroffensive led by the V Corps of the United States Army in the sector of Eupen (Belgium) and Monschau (Germany). Facing an obstinate defense, it attacked without respite. The enemy counterattacked but was unable to enlarge the breach caused by its break-through. After the enemy attack was unsuccessful, the 9th Infantry Division and the attached units attacked and forced the German Army to retreat and abandon the Belgian Territory in that region”.

Below are several pages of a document mentioning the Belgian Fourragère. This document was handed out to Lt. Colonel Robert H. Stumpf, who commanded 3rd Battalion of the 39th Infantry Regiment during World War 2. 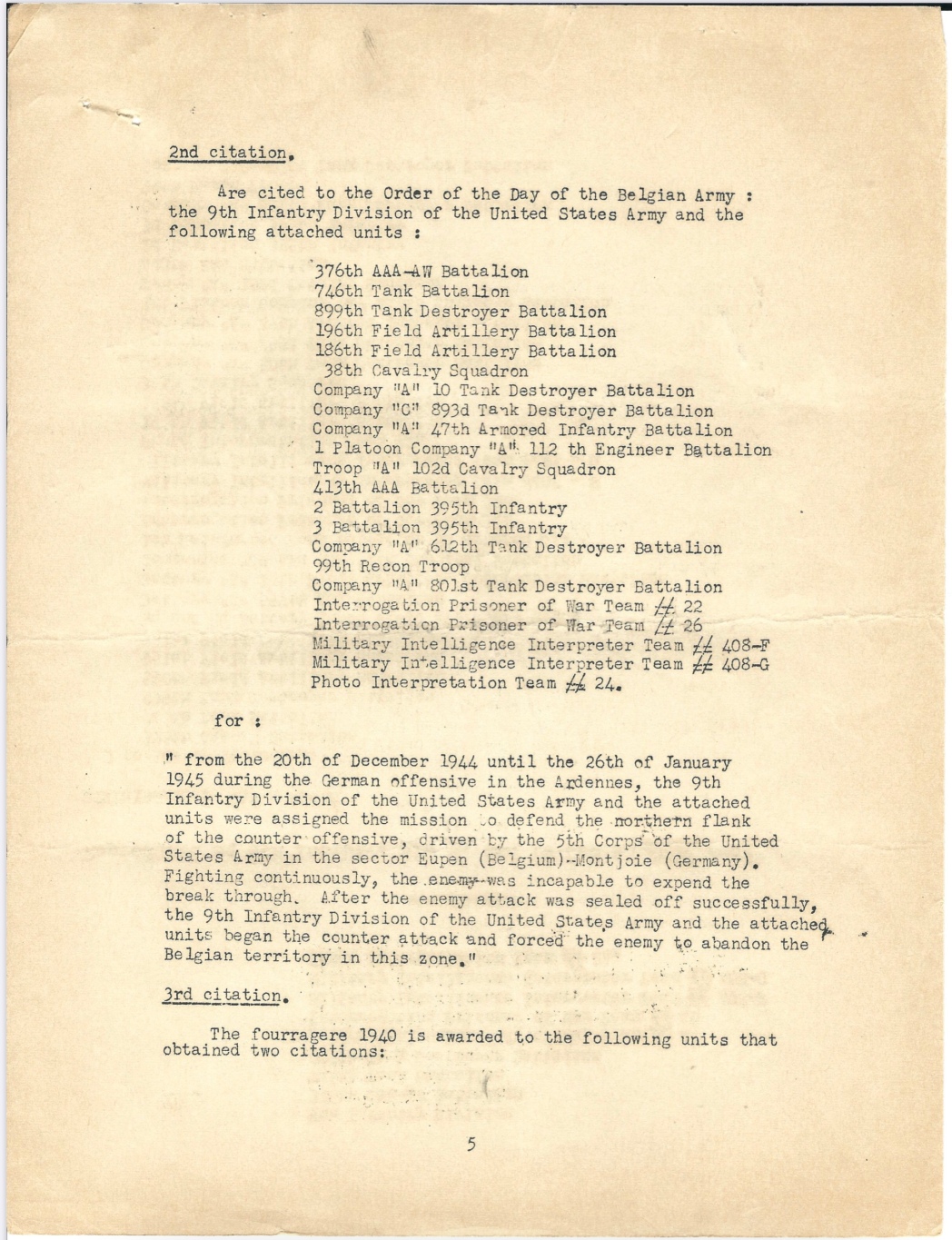