– THE MARBURG FILES –
– How was the 9th Infantry Division involved? –

The popular TV series “The Crown“, which is being aired on Netflix, recently showed several scenes of men wearing the 9th Infantry Division shoulder patch, the Octofoil. The TV series follows the political rivalries and romance of Queen Elizabeth II’s reign and the events that shaped the second half of the 20th century. During one episode, we can see soldiers of the 9th Infantry Division walking into a forest alongside a captured German officer. They then dig up a case containing important documents. These documents were part of a large collection of files that would be known as “The Marburg Files”. The episode in question is episode 6 of season 2, and is named “Vergangenheit“.

Here are some screenshots of the scenes: 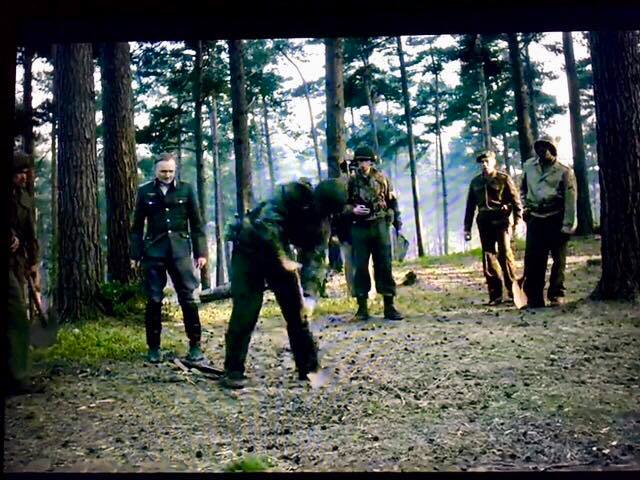 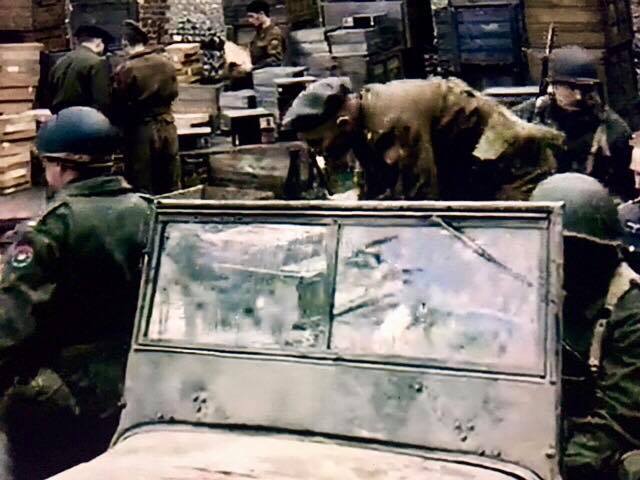 The Crown Jeep scene – Another Octofoil patch can be seen on the left soldier’s sleeve. 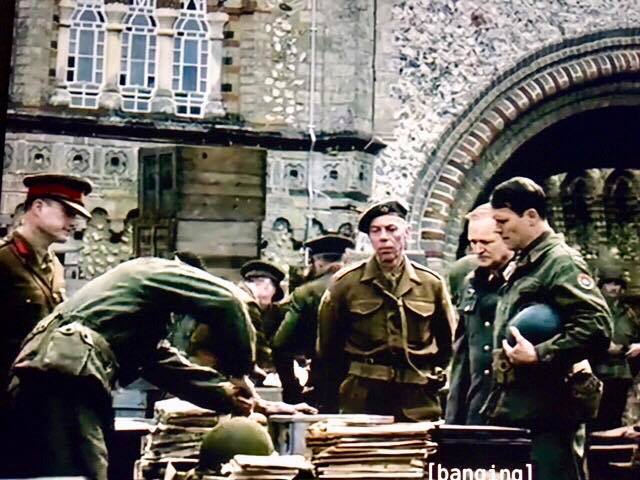 The discovery of the Marburg Files.

It all starts in April 1945 with a man named David Silberberg. David D. Silberberg was a First Lieutenant in the Combat and Counter-Intelligence Section of the 47th Infantry Regiment, 9th Infantry Division. He was born in 1921 in the Harz Mountains region in Germany where he and his family fled the Nazi-Occupied country in 1936. Silberberg joined the US Army in 1942 and became a naturalised citizen that same year. In April 1945, David wanted to return to the same area he grew up again, and found himself in an area near Degenershausen. While traveling in the area he noticed something that would have great consequences. David Silberberg recalled later:

“While wrecked vehicles along the roads were commonplace, one truck caught my attention right outside the town of Degenershausen. It was lying in a ditch, with papers scattered all around it. I picked up one of the papers and saw that it was signed by Joachim von Ribbentrop, the foreign minister of Nazi Germany”.

Aware that he had found something worth investigating, Silberberg returned to Degenershausen to find someone to talk to. “The Mayor had already left town by then, but a villager told me that trucks had been bringing stuff to this area for two years. It turned out that every able-bodied person had been ordered to help unload and store the material”. He then found the deputy Mayor of Pansefelde who told him that in 1943, under the cover of darkness, a large continent of trucks had unloaded tons of documents at a remote stately home called Schloss Degenershausen.

Together with Sergeants Herbert Schader, George Novak and Charles Magnum, all members of the Intelligence section, Silberberg went to the place where all the papers had been stored. This turned out to be a 500 foot long landmark known as Schloss Degenershausen, owned by Baroness von Bodenhausen. The Baroness immediately handed Silberberg a note. It turned out that the baroness was related to the Earl of Douglas and the letter she showed him came from P.G. Wodehouse and confirmed that she was “anti-Nazi”. The men found out that the Chateau was crammed with files, Silberberg exclaims. “I couldn’t believe what I saw. There were documents signed by the Kaiser, by Bismarck, by famous generals of World War I. A number of papers were even signed by Adolf Hitler!”.

When Silberberg asked more questions, the Baroness told him not only about the Foreign Office files but also about another archive deposited with Countess von Der Asseburg at Schloss Meisdorf, which was located a few miles away. The countess also owned the nearby Burg Falkenstein, where Silberberg discovered hundreds of wooden boxes with books, paintings and other art objects that had also come from Berlin. Now, Colonel Dickson of G-2 (Intelligence) of the First US Army, upon getting Silberberg’s report about his findings, sent someone to Schloss Degenershausen to investigate further.

Recognising the importance of everything the men had discovered, and fearing that German Paratroopers might try to destroy the castle, Colonel Dickson gave the orders to take the archive to a safe place. The files were transferred to Schloss Marburg, and it took hundred or more 2,5 ton trucks to evacuate the documents to Marburg. Sadly, the men who found all the valuable documents, were unable themselves to inspect the art treasures because their unit was ordered to proceed East. And this is how the files ended up in Marburg.

The files themselves were a series of top secret records made up of over 400 tons of documentation from the foreign minister archives of Nazi Germany. After their discovery and the collapse of Nazi Germany in 1945, American, British and French historians agreed to publish the seized documents. However, although the historians were given unprecedented access to the documents, they had to suppress some files.

One file, known as the “Windsor File”, contained information related to the Duke of Windsor, Edward VIII. The “ex-King” of England who had abdicated his throne in 1936 so that he was able to marry a two times divorced American woman named Wallis Simpson. For years, Adolf Hitler had been courting Edward and sent German aristocrats over to London to gather intelligence on the then prince and the rest of the royal family. Hitler eventually sent Joachim von Ribbentrob to court the couple. Von Ribbentrop was to seduce the future king and make him a Nazi ally. It worked for a while. Images show Edward VIII and Wallis Simpson visiting Adolf Hitler in Berlin, Germany, in 1937, all smiling. 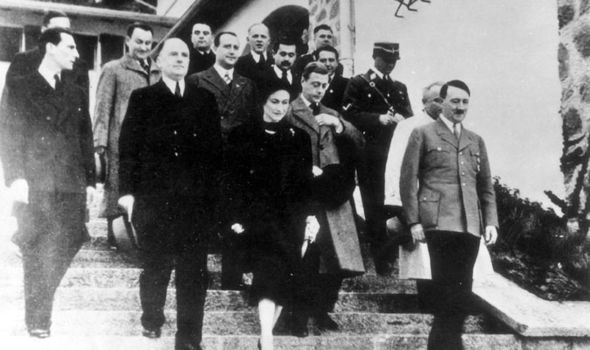 The Duke was instinctively sympathetic to Hitler’s far right regime, and this is what came through in the so called “The Windsor File”, part of the Marburg Files. The main problem was his ambivalent attitude towards the Nazi regime, and with more detailed information about this coming out, the English Royals were afraid to face the negative consequences and impact this might have on the monarchy.

So, the excellent episode of the Crown was well researched, and based on true events. Although most of the files were discovered outside of Marburg and brought to Marburg as a result, a lot of files were actually discovered in the large collection present at Schloss Marburg. It was only after more dedicated historians were given access to these documents that they discovered the so called “Windsor File” that might cause a lot of problems for the royals. The 9th Infantry Division was actually involved in the discovery, and the zone of Occupation in the part of Germany where Marburg is located, was under control of the Ninth Division Artillery. All in all, a good researched episode when it comes down to the 9th Infantry Division.