Bernard was born in Paris, Illinois on August 3rd, 1915 and grew up in Terre Haute, Indiana.
He attended Wiley High and dropped out after completing the 10th grade in 1931. He then moved to Boston Massachusetts where he worked as a baker.

Bernard was drafted on March 11th, 1943 and got inducted to active service on March 18th, 1943. He finished basic training and then took an 8 weeks cook and bakers course at Camp Lee, and was a baker until late 1944 to early 1945. 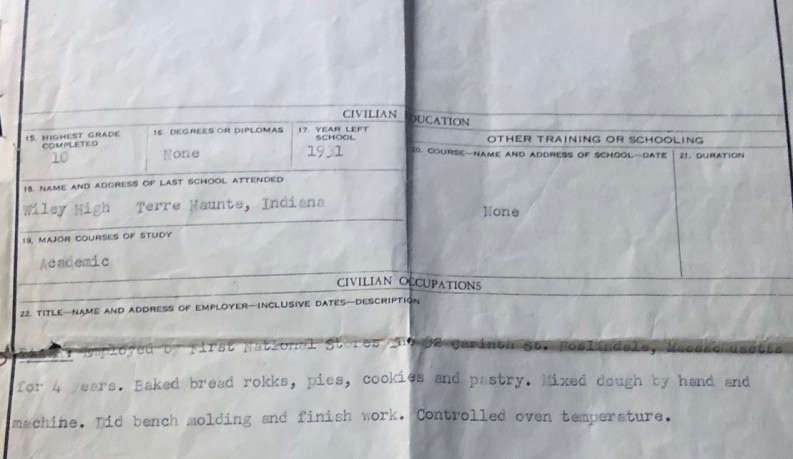 He was retrained as a riflemen and arrived in the ETO on March 18th 1945 and joined C Company of the 60th Infantry Regiment, serving in the Rhineland and Central Europe until he returned to the US on December 8th 1945.

He was released from service on December 13th 1945 at Fort Devens, Massachusetts. He was awarded the Good Conduct, European African Middle eastern, American theater, and Victory Medal as well as the Combat Infantrymen Badge. 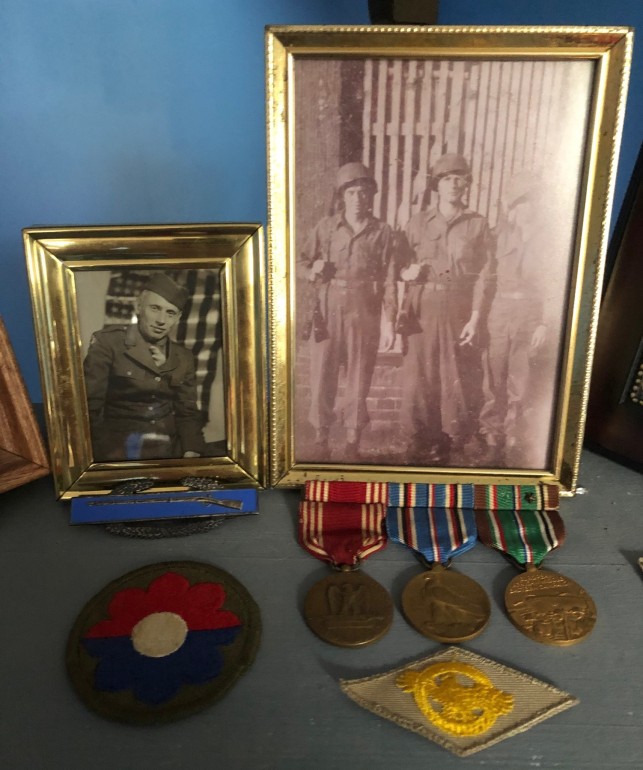 Bernard passed away on the 27th of November, 1993 and is now resting at the Massachusetts National Cemetery in Bourne, Barnstable County.

His actions for our freedom will never be forgotten.