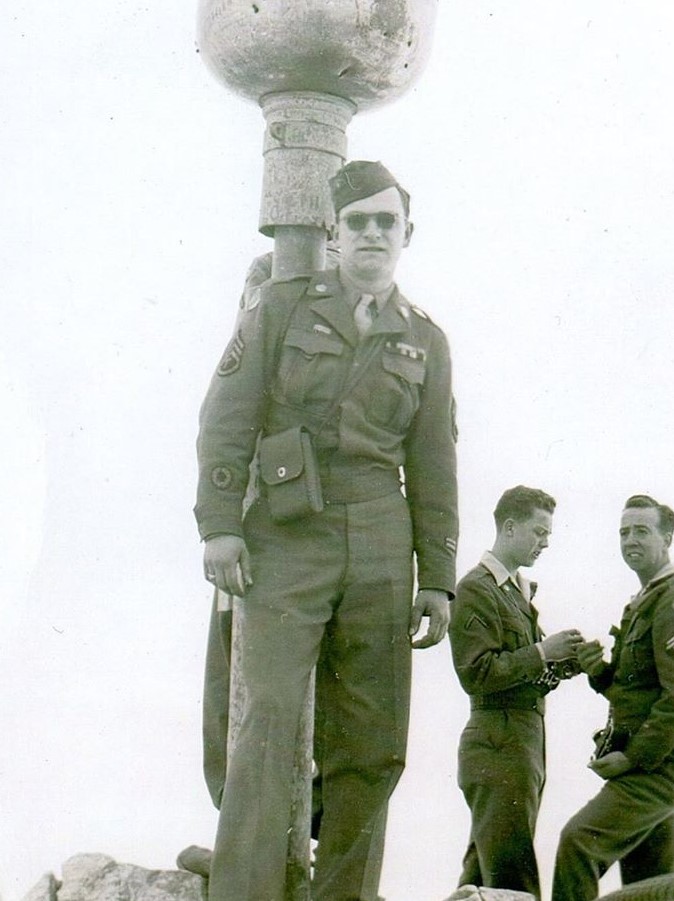 George A. Danas in front of a well strafed at monument.

George was born in 1926 in New York city. He was drafted and enlisted on November 16th, 1944, entering service from New York city. After training, he joined the Medical Detachment as part of the 47th Infantry Regiment. George became a Staff Sergeant and fought during the Battle of the Bulge. He also was at the Dachau concentration camp right after it was liberated.

George passed away in January 1998. He will never be forgotten.

Thank you to George’s daughter Elena Grotto for sharing this information and pictures.