William was born in Brooklyn New York on the 4th of July, 1915. He went to school in the St Cecilia’s parochial school. He was a lover of all sports and liked to play basketball and baseball. He worked in the mechanical department of an automobile firm before enlisting in the United States Army on January 24th, 1941.

He enlisted and trained at Fort Bragg North Carolina. On February 7th, 1942, he obtained his Corporal stripes in the non-commissioned officers school and 2 weeks later, on 20 February 20th, he was promoted to Sergeant. William served in Company I of the 60th Infantry Regiment.

William Warburton, most probably at home for the last time, in October 1942.

Sergeant Warburton was last home on October 4th, 1942 before he was shipped off to North-Africa. It was here he saw his first combat as part of the Algerian / French- Moroccan Campaign. The 9th Infantry Division moved up and then took part in the Tunisian Campaign in 1943.

In his last letters home he praised his buddies and said that “everything was going along fine“. Then, on March 24th, 1943, William was killed in action during the battle of Maknassy, being only 27 years old.

William was brought back to the United States and is buried at the Long Island National Cemetery in East Farmingdale, Suffolk County, New York. 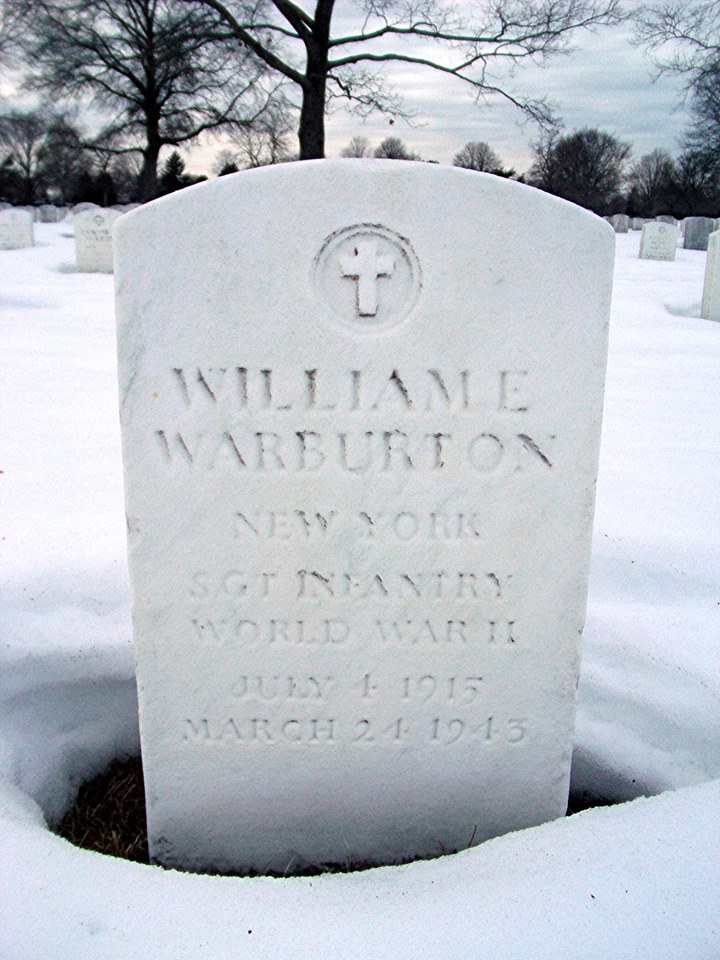 We will never forget him.

Thank you Matthias Milo & Findagrave.com for the information and pictures.