He received his education at the Gibson City and Elliott Schools, and joined the US Army in the early part of 1943.
Around August 1943 he was stationed at Camp Callan in San Diego, California, and later, around December 15th, 1943 he moved to Fort Bliss in Texas. 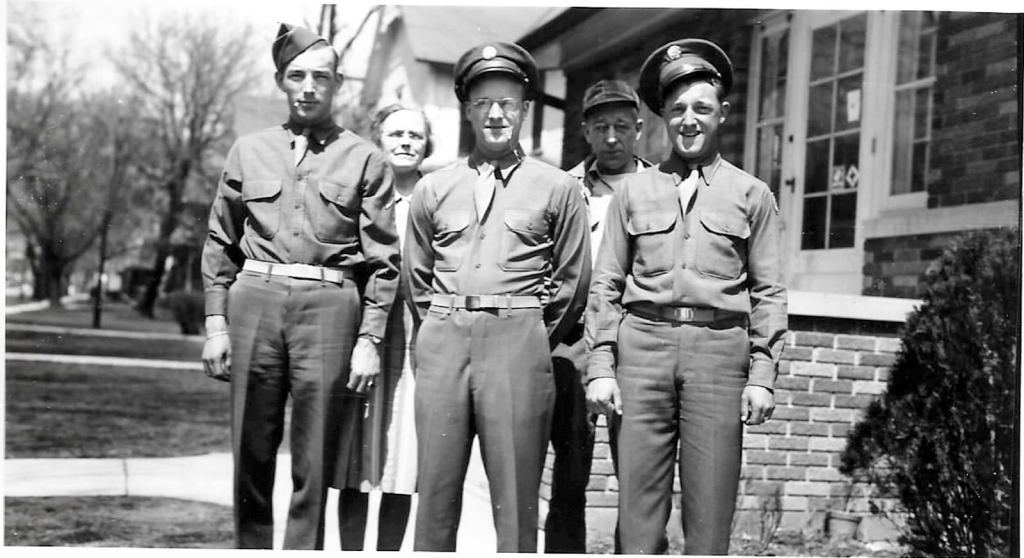 Clarence W. Brotherton on the right. 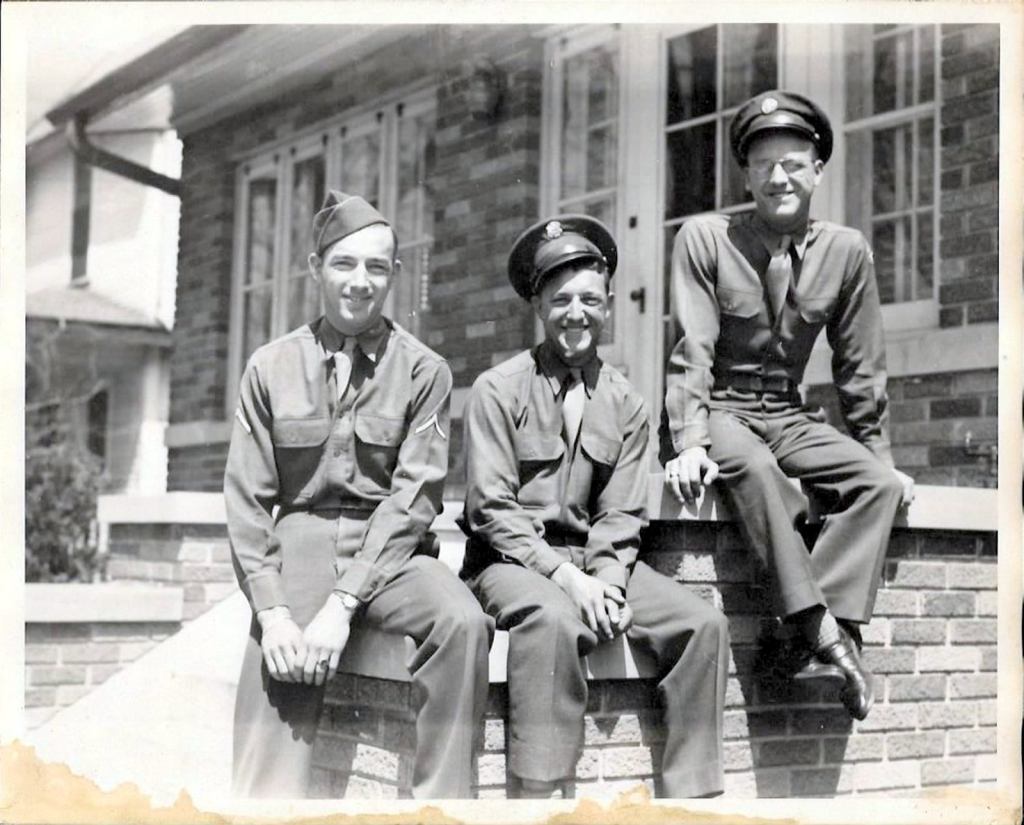 Clarence W. Brotherton in the middle.

It was July 1944 when Clarence was sent overseas and started to fight the war. He was now part of Company C, 60th Infantry Regiment of the 9th Infantry Division. Together with his Company C buddies he traveled through France and Belgium, and finally arrived in Germany where he participated in the brutal fighting in the Hurtgen Forest. PFC. Brotherton was part of the October 1944 attacks to secure the so called Raffelsbrand Road Junction. This area was covered with entrenched enemy soldiers and pillboxes. Company C had to fight for each inch of ground, slowly progressing. On October 12th, 1944, 1st Battalion captured two of the pillboxes and moved their defense lines forward. The next day, PFC Brotherton, together with Staff Sergeant Raymond C. Blanton, Pvt Walter H. Reuter Jr. and PFC Leslie E. Shankles they attempted to take more pillboxes in the area. They met with a heavy counterattack.

On the morning of October 14th 1944, a total of 33 men, including the 4 Company C men, were declared Missing In Action. Due to continued enemy activity at the time, it was not possible to search for the men, and it was not clear whether the men were Killed in Action, or taken prisoner.

On November 21st, 1944, a newspaper article stated that Clarence Brotherton went Missing In Action. It wrongly says he went MIA in France. PFC Brotherton went MIA in Germany. Sadly, Clarence wrote a letter to his parents that they received only 5 weeks before he went MIA. Clarence, only 20 years old at the time of his missing, also had two brothers serving. Sgt. Lyle in Germany and Sgt. John at Chanute field, the Air Force Base in Champaign County, Illinois.

After the war in 1951, 8 bodies were recovered in the area. 2 of them were German soldiers, and 6 of them ended up being unidentified, and have been buried at one of the American Cemeteries as unknown soldiers.

A search for more information or the whereabouts of PFC Brotherton is still ongoing*.

Clarence Brotherton’s name is mentioned on the Wall of Missing at the US Cemetery in Margraten, The Netherlands.

Clarence Brotherton’s name on the Wall of Missing at Margraten Cemetery, The Netherlands.

He is also remembered at the Drummer Township Cemetery in Gibson County, Illinois. 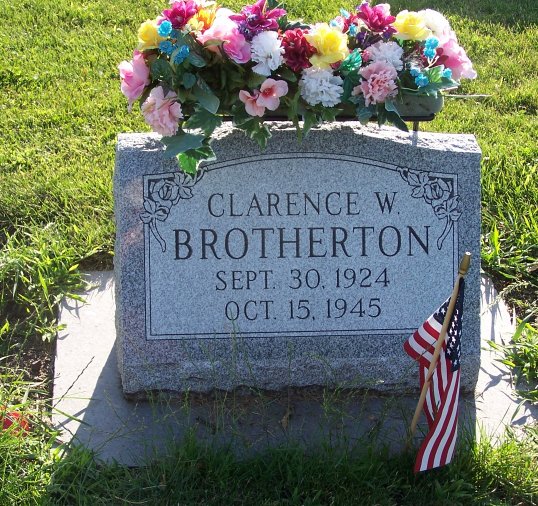 Special and sincere thank you to for this Tribute Page to the dedicated research volunteers of the 9th Infantry Division MIA Project, Francesca Cumero and Lisa Froug-Hirano. Also thank you to www.findagrave.com.

*UPDATE: Clarence W. Brotherton has been identified and accounted for on April 23rd, 2020:
https://www.dpaa.mil/News-Stories/News-Releases/PressReleaseArticleView/Article/2165920/soldier-accounted-for-from-world-war-ii-brotherton-c/