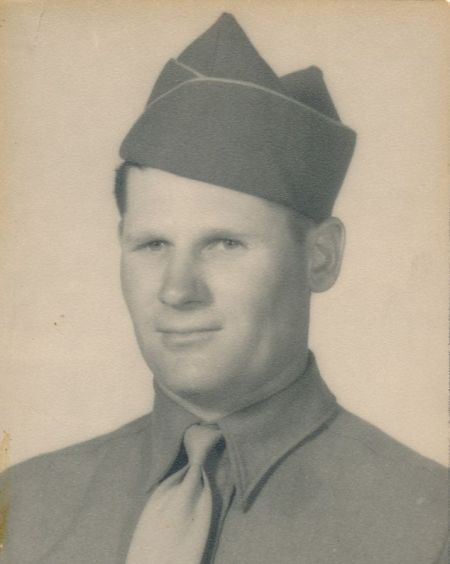 Leslie Earl Shankles after entering service in the US Army.

Leslie E. Shankles was born on March 31 1911 in Swartz, Vernon County Missouri and then lived in Crawford County, Kansas.

The 60th Infantry Regiment was charged with the Germany Campaign beginning on September 15th, 1944. By the beginning of October 1944, the 60th Infantry Regiment was in a defensive position in the Hurtgen Forest, situated near Aachen and the Siegfried Line near the Belgium and German border. The Infantrymen held their positions and captured enemy territory. However, strong attacks persisted near the Raffelsbrand road junction. On October 12th, 1944, the 1st Battalion captured two pillboxes (above ground bunkers), and moved their lines forward. The men had the mission of destroying two more enemy pillboxes in the Raffelsbrand Forest area near the road junction. During this attack the men encountered heavy enemy artillery, mortar and small arms fire, and after the mission was accomplished, the 4 men were missing.
A search could not be made at the time due to enemy activity in the area.

No information has been received concerning these men since they were first reported Missing In Action. They were never reported prisoners of war, nor can any references to them be found in the German records. At this point, it is uncertain if these men were Killed in Action, or maybe captured and died at a later time and location. One of the dog tags of PVT Reuter Jr. was found in the area in 2010 and returned to his son.

Today, the name of PFC Shankles can be found on the Wall of Missing at the US Cemetery in Margraten, the Netherlands.

We are still researching PFC Leslie E. Shankles, and will add more information to this page as we find out more. Please contact us through our Missing In Action Project Page if you can provide additional information.

UPDATE: On the 12th of July 2018, the remains of Leslie Shankles have been identified! This means he is no longer missing!

Here is a Fort Scott Tribune newspaper article published on October 20th, 2018 that mentions his journey home, where he will be buried. 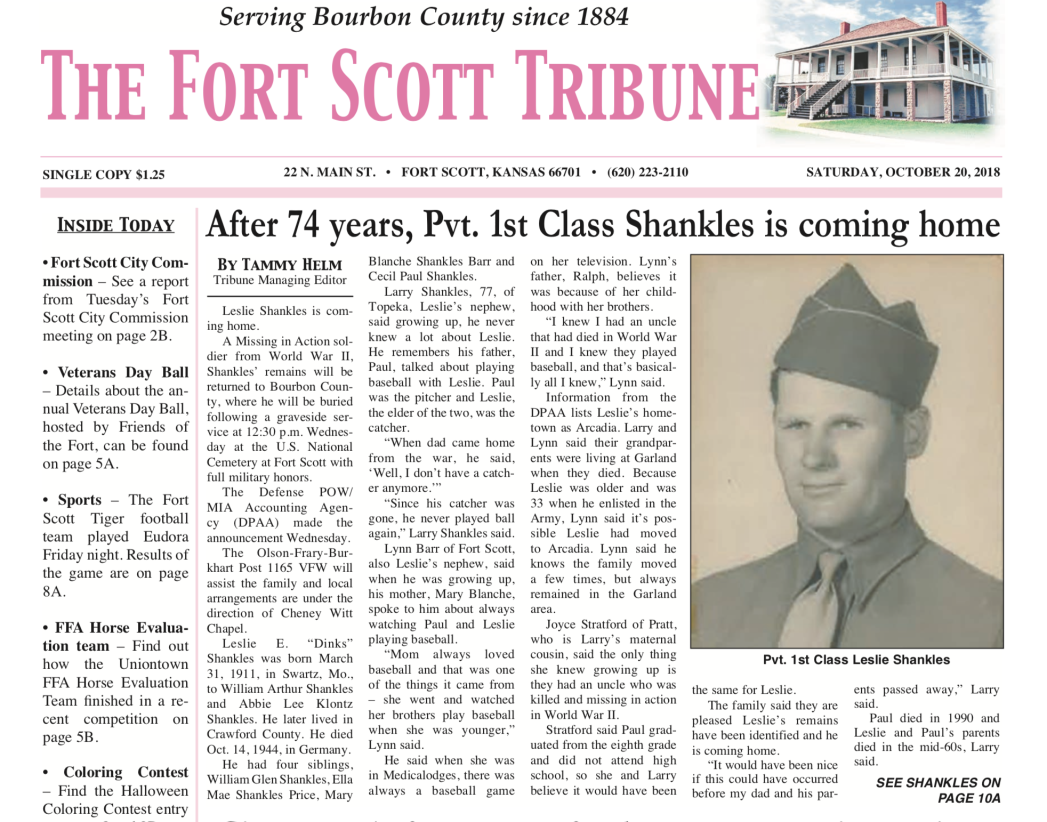 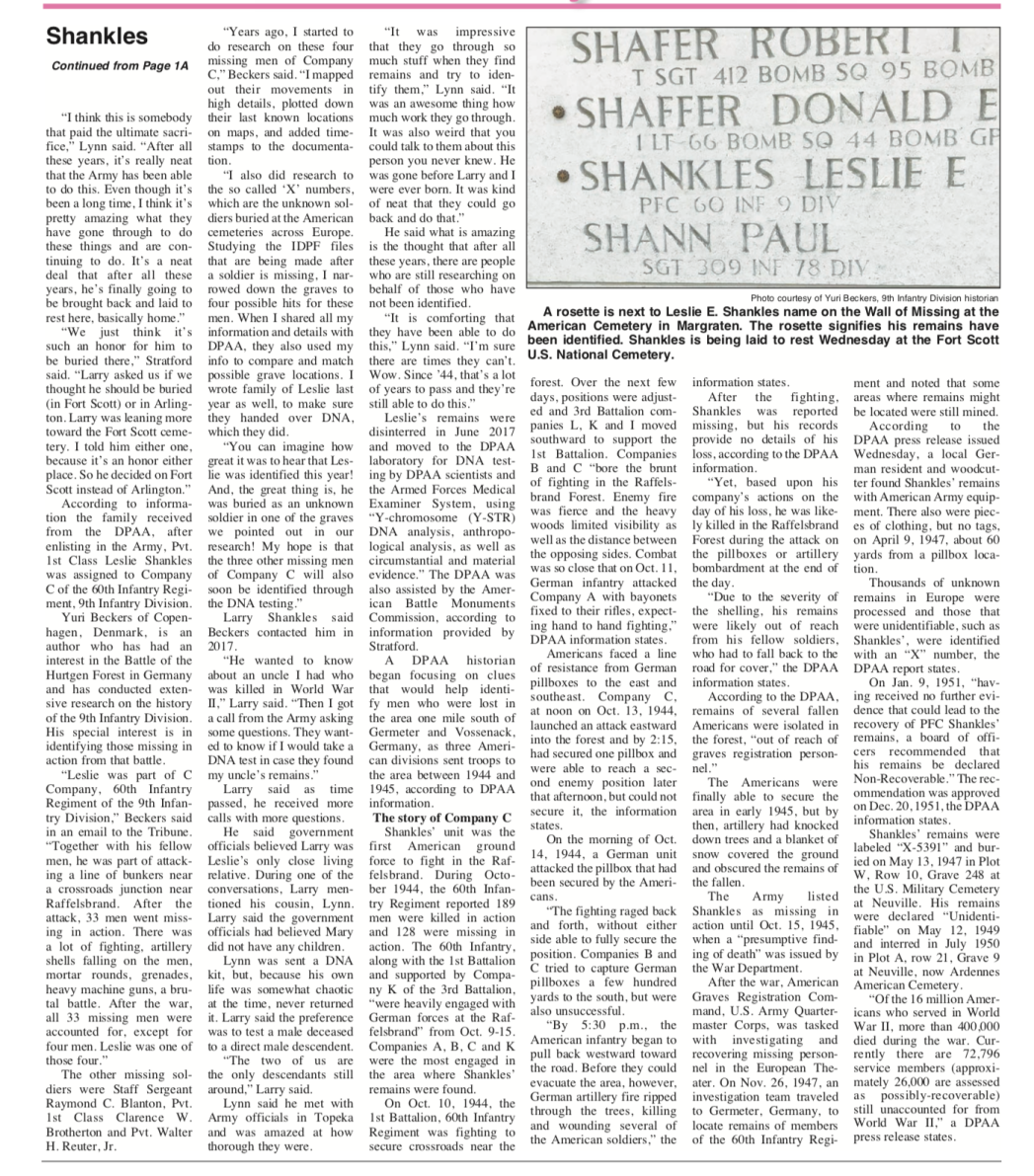